Experiencing yourself outside of your body is one of the most impressive experiences on the Hermetic path. Even the most sublime spiritual insights remain mere theory until you perceive your own spiritual condition first-hand in this manner. To facilitate separation from the body, neophytes in the ancient temple schools were placed in a trance during their initiation.
Magic and Mysticism of the Third Millennium has developed a new technique for this purpose – one which enables even non-initiates to leave their bodies. Systematic spiritual research has shown that ‘wakefulness’ rather than trance is the primary precondition for leaving your body without losing consciousness.
Just as space flight to other planets will begin on the moon, so the best launch pad for mental travel can be found on the intermediate plane in dreams. You can detach yourself from your body more easily when it’s asleep. And consciousness takes the helm again as soon as you ‘wake up’ within a dream, i.e. realise that you’re dreaming.
Yet ‘out-of-body’ doesn’t necessarily mean entering another world. Ideas – both your own and those of other people, living and deceased – can manifest in this intermediate realm. This explains the many contradictory and often nonsensical reports and fantasies concerning the ‘afterlife’. On this subject, too, the book you now hold provides a guide to orienting yourself in this state of consciousness.
• Lucid dreams as a launch pad for mental travelling
• Wakefulness in everyday life and wakefulness in dreams
• Learning to wake up in your dreams
• Flying dreams as a jump-start
• The secret of the flying carpet
• The dream realm as a site for encounters with the dead
• The idea “I am!” as a mediator of consciousness
The portal to the spiritual realm is opened by wakefulness,
not by trance. 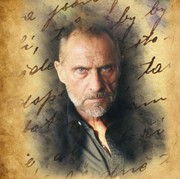