60 climbing routes in the Sarca Valley, north of the Lake Garda, with difficulties ranging between the 5th and 7th grades
Heinz Grill came in mid 2000 to the Sarca Valley. With his considerable experience in repeating and opening challenging routes in his native mountains, the Karwendel and Wilder Kaiser, he brought a wave of innovations to a valley that was already filled with ideas and routes, reaching the point of saturation. With the opening of these routes he has given life to walls, previously unnoticed by the climbers. In cooperation with some friends, he identified paths and entrances, freed the walls from earth and vegetation and explored lines, which soon became frequently repeated true pearls of climbing.
In this guide, the routes are not only illustrated with careful detail, but each route has its own precise identity. On one hand they are an expression of a human work and a human idea, on the other they take into account the conditions of nature and its formations. The capacity of imagination meets the natural conditions.
Each route has a name and each name has a precise meaning. The light, the air and the rhythm of the movements are the inspiring elements that motivated the author’s sensitive capacity to create routes. 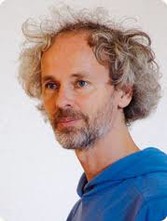